We all have the heard the story by now. How Elton John turned up at a John Lennon recording session in 1974 and they worked on a new Lennon solo song called "Whatever Gets You Through The Night". Later, Elton John recorded a cover version of "Lucy In The Sky With Diamonds". Both became big hits, and Elton asked John to come and play live with him if "Whatever Gets You Through The Night" went to No. 1. The song did hit No. 1 and the rest is history. Or is there something new to be learned from this event?? 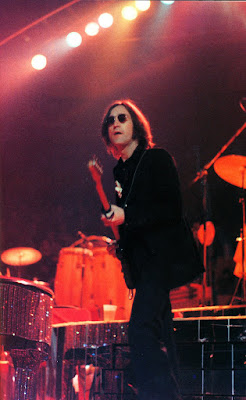 History records that John Lennon made good on his promise to Elton on Thanksgiving night 1974 at Madison Square Garden. It wasn't a sure thing, because Lennon was reported to being nervous, throwing up, and second guessing himself that night.

The soundboard engineer's original Concert Set List even demonstrates the last minute nature of Lennon's eventual appearance. They had to quickly squeeze in the songs Lennon would be playing on... See the tiny black print below. 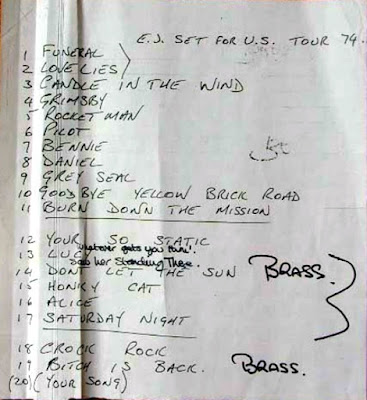 The entire roof almost came down with thundering applause as Lennon was introduced as a surprise guest of Elton John's. Dave Morrell in his great book, "1974 The Promotion Man New York City (The Morrell Archives Volume 2)" , recalls: "Finally, Elton John had the great pleasure to introduce John to all of us. The place erupted. Besides the Beatles at Shea in '65 and Led Zeppelin here at the Garden a few years earlier, this was the loudest noise from a crowd I ever heard. The ground literally shook. John looked great. With Elton John on Piano and John on guitar they swept through three wonderful songs."

The superstar duo performed "Whatever Gets You Through The Night", "Lucy In The Sky With Diamonds" and "I Saw Her Standing There". The performances were perfectly recorded.

Eventually, a bootleg vinyl LP of the leaked recording came out for hardcore fans to hear what they had missed in person. And it was significantly John Lennon's last live concert performance. And to most, "I Saw Her Standing There" a Beatles tune,  was fittingly his last live song ever performed. Or was it? 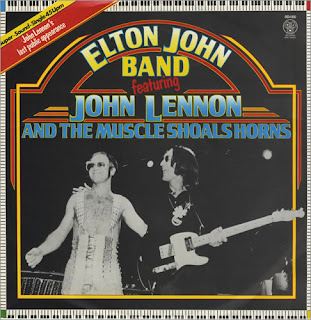 Later, Elton John himself officially released the entire show on a CD called Here And There (Live) by Elton John. On the official release, John Lennon is duly credited on the three songs above. And three songs only. 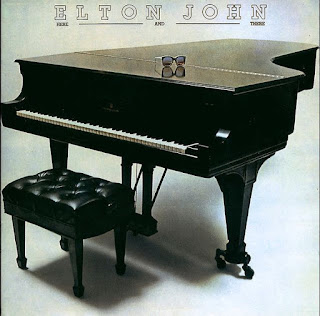 But thanks to Dave Morrell and photographic evidence to back it up, we now know that the last live song John Lennon ever performed, played and sang on is from this same concert! According to Morrell, an eyewitness, "John Lennon even came back out for "The Bitch is Back" encore."  On the song, John sings back-up vocals ("Bitch, Bitch, Bitch is back...") and plays tambourine. There is no notation of Lennon on the album credits or at the Wiki page for this album release (though there may be after this article comes out). However, here is the photo showing Lennon with a microphone and tambourine as witnessed and reported by Dave Morrell. The last ever live performance of John Lennon (Elton's "The Bitch Is Back") is not only at last uncovered, but recorded and released for posterity! 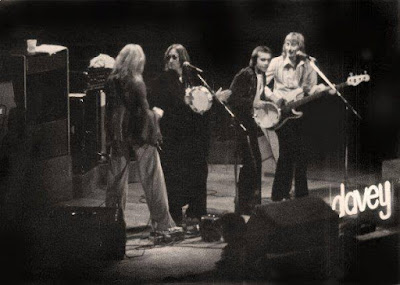 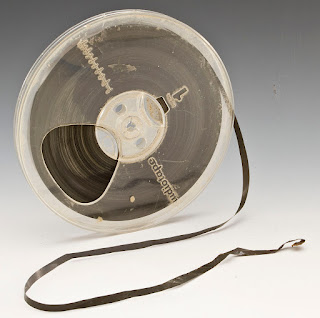