Paul McCartney Really Is Dead: The Last Testament of George Harrison (Highway 61 Entertainment DVD 2010)
After a lengthy delay obtaining this alleged documentary prior to its official September release, it finally arrived in my mailbox. Here is my analysis.
The film starts on a serious note with our director Joel Gilbert, who explains that his Hollywood office received a package from with no return address on July 1, 2005. The package, which has lots of pretty British postage stamps on it, contains a mini cassette recorder and two tapes labeled “The Last Testament of George Harrison”. Gilbert claims to have hired no less than three audio forensic experts who have all tried to authenticate “George’s” voice. The results were “inconclusive, but the tape contained shocking revelations”. So let’s see here, we can’t prove the tapes came from George Harrison, but they still have some really amazing information on them, so let’s make a documentary! Hmmm. 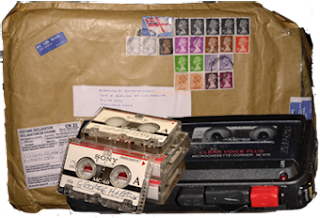 Here’s a shocking revelation about the tapes from this Beatles historian with no “audio forensic” training. These tapes are a fraud. The imitation of George’s voice is one of the worst Scouse accents ever. My daughter at age 12 did a better George Harrison imitation than these tapes. So, the Rock And Roll Detective can unequivocally conclude that the entire premise of the DVD (Paul died in an accident and The Beatles- under threats from the MI5- covered it up, but gave us clues along the way) is total bullshit.
Read no further if that is all you want to know. However, if you want a play-by-play of the most ridiculous Beatles fiction ever, read on…
If you’ve ever read about the “Paul Is Dead” story that surfaced in 1969 started by a college student and a DJ in Michigan- who may have been a bit high while staring at Beatles LP covers and listening to Beatles records backwards- you will recognize part of this story. The documentary interweaves all of the old “Paul is Dead” clues with freshly-minted fiction. 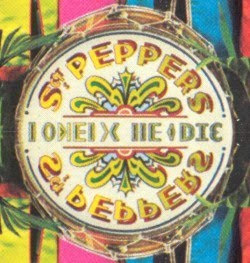 It is November 9, 1966 and we are at Abbey Road Studios where John and Paul allegedly argue over some lyrics. Just after midnight (where nothing good ever happens); Paul angrily leaves the studio and gets into his Austin Healy sports car. At 6:00 am, a policeman comes to   (what are the Fabs still doing at the studio?) and tells the band, “Paul has been in an accident”. The Bobby takes them to a secret location where they meet “Maxwell” or “Muxwell” as the imitation accent pronounces it. Where have we heard that name before? Mux tells the Fabs that Paul picked up a girl conveniently named lovely “Rita” who got excited and was grabbing at Paul which caused him to hit a lorry and crash. Paul is decapitated, but lovely Rita survives as a witness. When Mux has the other Beatles identify Paul, he says, “Paul looks like a walrus”. Lennon angrily replies, “No, I am the Walrus”.  (Author’s Note: I am not making this shit up!)
Mux tells The Beatles, “Her Majesty’s government believes that if Paul’s death were made public, a rash of suicides would likely follow.” This becomes the premise for asking The Beatles to find a replacement for Paul and to cover up the event. Muxwell helps The Beatles agree to the plan by telling them if they ever leak the truth, the MI5 will either “have them killed in a car accident or have them killed by a deranged fan”. At this point in the film, I am asking myself two questions: How much longer untill its over?, and Wouldn’t lots more fans commit suicide if more Beatles are killed? Has Her Majesty (who is a pretty nice girl) really thought this through?
A new Paul is found and given plastic surgery. John calls him “Fake Paul” and then just shortens it to “Faul”. Lennon tells our narrator George (who I will call “Feorge”) that they should plant clues for the fans about Paul’s death so that if the truth comes out, the fans won’t blame The Beatles. The Fabs can then blame the death threats of the MI5 for keeping quiet. Logical, right?

John starts the clues rolling by forming a new company called “A Paul Corps”, which Feorge cautiously changes to Apple Corps. And the “Rubber Paul” album is changed to Rubber Soul. (Author’s Note: I’m still not making this stuff up).  The film goes through all of the visual LP clues and backward masking that we have heard about over the years. One of the new ones that I love comes on the recording of the Revolver LP. Feorge decides to write a tribute song to Paul called “Taxidermist”. Feorge tells us “that is where Paul went after his auto accident to preserve his remains for the funeral”. Wait a minute. I thought we only take moose, fish and deer to the taxidermist. Nevermind. Ringo convinces Feorge to chance the name to “Taxman” so that the clue is not too obvious to Muxwell. So that’s where that song came from…

All the clues result in Muxwell threatening to kill the other three if they don’t knock it off with the clues. (Amazing that he didn’t hold up a silver hammer when making this threat.) Again, by my math, that would be 4 times the suicides of the original number in attempting to cover up just Paul’s “death”.  One of my favorite clues involves the dead babies on the Butcher cover representing Paul’s death; even though, the LP cover of Yesterday and Today was photographed and released a half year before Paul’s alleged death!

In 1980, John tells Feorge and Faul (Hey, where is Fingo in all this?) he is going to go “pooblic” with the story because enough time has passed. Feorge, says, “I warned him not to, but two weeks later… he was dead”, shot by a deranged fan.
My personal highlight is when the lovely Rita re-emerges in the 1990s. She tells Faul to divorce the Lovely Linda (or is this Finda? I am getting confused at this point in the film) and marry her, or she will tell the world about the real Paul dying in 1966. Faul, who likes his life as “Paul”, tells Muxwell about the blackmail plot. Mux arranges a car accident for Rita. Only problem is, Rita doesn’t die, but does have to have one leg amputated. (Can anyone guess what happens next?). Mux changes Rita’s name and renames her Heather Mills… so that no will know she was Rita. I guess Heather/Rita eventually got her wish and her hush money.

Feorge, our noble narrator ends this 90 minute load of crap with these last words: “Here I am in hospital recovering from a stabbing (by a deranged fan mind you), the work of Muxwell. I am George Harrison and I hope this is not my last testament.”

I had hoped there would be a dream flashback sequence and none of this film would have ever been made, but no luck. This film takes itself seriously all the way through. And it generously forgets to list any licensing credits for all the audio and video clips it “borrowed” along the way.
The Rock And Roll Detective says, save your money. Paul is alive and well. Until next time… keep digging the music.