Two unheard Beatles demos could be big attraction in December auction.
Two very rare unreleased Beatles acetates being auctioned in December by Bonhams in London could attract high prices because of the possibility even collectors haven't heard them, “Rock And Roll Detective” and Beatles historian Jim Berkenstadt told Beatles Examiner.
The two tracks are a 1963 demo recording of “What Goes On” and a 1966 demo of “Granny Smith,” which later became “Love You To," a track on the "Revolver" album. 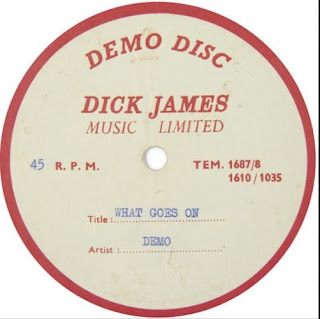 You can read the rest of the article at the Examiner. The article sites the Rock And Roll Detective as an authority.