Rock And Roll is Alive and Well... Just ask Dave Grohl and the Foo Fighters!

Apparently, we were premature in wondering if Rock And Roll would burn out or fade away. Indeed, the Foo Fighters have brought it back with a vengeance on their new hit ROCK AND ROLL album Wasting Light

. The Album debuted at #1 in 12 countries around the world this month.

If you buy the special CD version at Best Buy, it comes with an actual piece of the analog tape used in the recording process.

was produced by Butch Vig, who has produced some of rock's greatest albums including Nevermind

(which you can read about in the book, Nirvana: Nevermind (Classic Rock Albums)

as well as Garbage

Perhaps the best thing about the Foo Fighters bringing back rock and roll with a Bang, is their reference to The Rock And Roll Detective blog in their latest email to fans...


WASTING LIGHT AVAILABLE EVERYWHERE… #1 DEBUT IN 12 COUNTRIES
"From the bottom of our hearts, thank you everyone. I can't wait to answer the 'Is rock and roll dead' question now…"

Collector's Corner - Stories of Rare Relics from Around the World

This edition of the Rock And Roll Detective blog focuses on rare recordings and memorabilia from around the world.

YESTERDAY
First up is a piano used by Paul McCartney to debut a newly written song, Yesterday, for his entertainer friend Alma Cogan. After writing the song, McCartney was unsure if he had subconsciously copied another song, so he played it around London for his friends. The piano is about to go on the auction block. 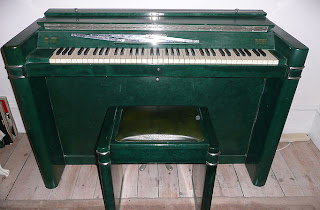 You can read the full article about this famous piano, its history and the amazing auction estimate here:

I Believe In Scambled Eggs

If you've heard Macca tell the story once, you've heard it a million times. Now, Jimmy Fallon gets Paul to sing the original lyrics to this famous tune.


And when it rains McCartney it pours.

McCartney described the Christmas concept in a 1995 interview:

"Yes, it's true... It was called Unforgettable and it started with Nat King Cole singing Unforgettable. It was like a magazine programme, full of weird interviews, experimental music, tape loops, some tracks I knew the others hadn't heard; it was just a compilation of odd things... I have them to the fellas and I guess they would have played them for a couple of weeks." 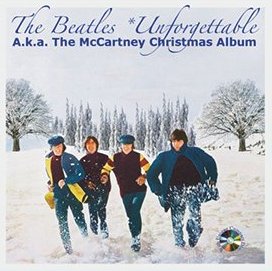 If you would like to see the review in greater detail, you can check out:

Happy Collecting and don't forget to check out the new tab at the top of the blog to stay up on the latest developments of the new book coming out at Rock And Roll Detective Publishing.

Posted by Rock And Roll Detective® at 8:01 AM No comments: