On the Trail of The Beatle Who Vanished: The Recording Studios 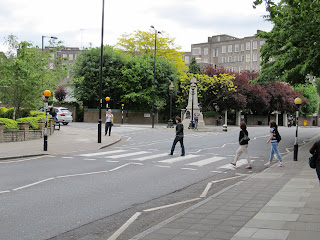 Back on the Tube, I found myself in St. John’s Wood, an upscale London neighborhood that houses EMI’s Abbey Road Studios. The place made famous by The Beatles, Pink Floyd and many more. Crossing the magical zebra crosswalk that The Beatles used for the cover photo of their album Abbey Road

, I made my way over to this venerable old studio. 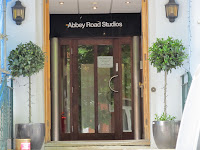 It was easy to envision a very nervous, yet determined Jimmie Nicol striding up the stairs, with his friend John Hodkinson in tow, moving through the throngs of newsmen into Studio 2 for his rehearsal/tryout with The Beatles. A 20 minute session that would change his life forever. At the end of the audition, John Lennon said to Nicol, "You're in." What happened before and after that momentous occasion will be revealed in detail with the release of The Beatle Who Vanished, coming soon. 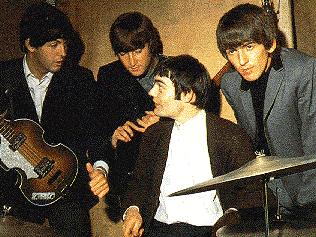 From one studio to another, I traveled to where Decca Studios used to be located at 165 Broadhurst Gardens. This was scene of The Beatles January, 1962 recording test where Decca A & R man Dick Rowe famously turned down the group for a record contract. Many a bootleg has been released from the Lost Decca Sessions

A few years later, this studio was the place where Brian Epstein brought his protégé Tommy Quickly to record “You Might As Well Forget Him”. One of many recording dates Jimmie Nicol would play in the first half of 1964 before becoming a deputy Beatle. Today, the building looks every bit the same as it did in the 1960s, with one exception. Rock and Roll has died at this site only to be replaced by Opera! The studio is long gone, but today the building serves as the location housing the English National Opera. Give me the Kinks any day! Oh well, I guess that is what they call progress.
Next stop, the former Pye Studios. Pye was the place where, among other things, Nicol  recorded his own Jimmie Nicol & the Shubdubs singles and his famous Ska records with Cyril Stapleton and Chris Farlowe under the fictitious band name The Beazers. Their night club hit song was called The Blue Beat. Take a listen back to swinging 1964.
Walking through London’s famous Marble Arch to get there, I was not surprised to find Pye studios gone. 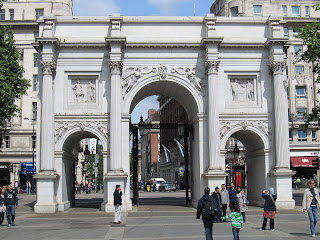 This is valuable upscale real estate located in the heart of London tourism. Pye has now been turned into a huge, upscale Gentlemen’s Casino that takes up the entire block on Bryanston Street.
Next time, the Rock And Roll Detective meets and has lunch with a Beatle in Kensington! Is it The Beatle Who Vanished? Stay tuned.

On The Trail of The Beatle Who Vanished: The Live Gigs

﻿﻿
﻿﻿ When Jimmie Nicol first ventured into the heart of London to start his professional career, the first place he went was to the birthplace of British Rock and Roll. No, not Liverpool's Cavern Club. That came later in history. Rather, he went to the place where every young musician wanted to be discovered; the 2 I's Coffee Bar.

The 2 I's became the place where young baby boomers would go to stay out late, drink coffee, and listen to the juke box and live music being played by Britain's first wave of Rock and Roll in the 1950s.

The Soho section of London exploded with the music of jazz, skiffle, R&B, Trad Jazz, and Britain's own version of Rock and Roll. The 2 I's, opened in 1956, saw the birth of the first generation of Britain's rock stars including: Georgie Fame, Tommy Steele, The Vipers, Vince Eager, Colin Hicks, and ultimately a young drummer named Jimmie Nicol. It was here that Nicol heard about auditions for Colin Hicks & His Cabin Boys. He passed the test with flying colors. It would be his first regualar band, and led to his first experiences touring and recording.

Today, the 2 I's Coffee bar is no longer in operation, however, the building survives and is honored by a plaque for being the official birthplace of British Rock and Roll. On the second day in London, I traveled to this 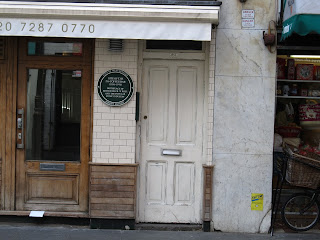 hallowed spot to view what remains. I went to 59 Old Compton Street. It was easy to find and upon arrival, I looked in the vacant space and saw the stairs leading down to the club, imagining the tiny room crammed full of teens, hopped up on coffee and a new, wild form of music being played by the likes of Tommy Steele, Vince Eager and a young drummer who would sit in with anybody… Jimmie Nicol. Here is where Jimmie Nicol performed his first professional live gigs. Jamming with a Who's Who of future rock stars.

The Next stop was just around the corner and down the street.

The coming of age of the Blues; Soul and R&B scene in the early 50's and 60's, was when the Flamingo club in London put on shows at its venue from midnight to Dawn.

A fixture since Jeffrey Kruger first opened its doors in September 1952, the club from its inception became the hot spot - the hottest spot for music fans of all ages and classes with visitors standing in line for the club to open coming from all over Britain and Europe to spend an evening at the Flamingo.

In the spring of 1964, Georgie Fame & the Blue Flames were holding court at the Flamingo with their hot live mix of R&B and jazz, jamming through the night for a mixture of bohemians and US Servicemen. Members of The Beatles, The Rolling Stones and The Who were frequently seen in the audience of what was the hottest live club act in London at the time.

In May of 1964, the Blue Flames drummer became ill. Bass player Tex Makins suggested to Fame that they get Jimmie Nicol to replace him. Quickly, Nicol was in the group as their drummer. This was a big move for Nicol, but not as big as the one that would come next as Fame led to "fame" for the young drummer. But that story will have to wait until the release of The Beatle Who Vanished.

Today, sadly the building is used as an inexpensive Chinese fast food restaurant. There are no plaques and no indications that this once proud building housed the hottest live rhythm & blues band in London’s swingin’ sixties.

﻿
Next time, the Rock And Roll Detetive will hunt down the recording studios where Jimmie Nicol recorded in London.

If you would like to get on the mailing list for release information of the book, The Beatle Who Vanished﻿,  you can email me at: jimberk@yahoo.com
(c) 2011 Rock And Roll Detective (R).


Posted by Rock And Roll Detective® at 4:28 AM No comments: 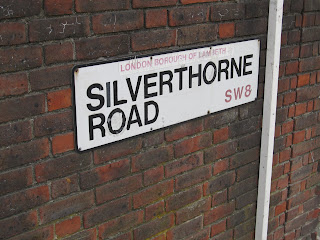 The Beatles, John, Paul, George, Stu, Pete, Chas and Ringo (did I leave anyone out?) were all born in the greater Liverpool area. Only one Beatle, temporary Beatle Jimmie Nicol, was born elsewhere. Now, for the first time, the Rock And Roll Detective has located and documented his birthplace in the Battersea neighborhood of London.

Born on August 3, 1939, Jimmie Nicol lived in a row house that was newly built in the shadows of the great Battersea Power Station. You may recall Pink Floyd's Animals

album portrayed a photograph of this famous location.

The first day in London, I thought it best to start at the beginning; namely, Jimmie Nicol’s birthplace home as listed on his birth certificate. So I took the Tube to Clapham Common and walked about two miles to 93 Silverthorne Road in Battersea.
﻿﻿﻿﻿﻿﻿
﻿﻿The row houses where Nicol grew up were still in very good condition, considering they dated back to the 1930s and 1940s. A new neighborhood has sprung up with young mothers pushing their babies in prams. This is quite a change from the war torn, bombed-out city in the throes of rebuilding, when Nicol came into the world.

Since no has ever located and documented the birth place of Beatle Jimmie Nicol, I felt proud marking the spot. Not quite climbing Mount Everest, but it is fun to add new facts to the history and lore of The Beatles. This would be the only Beatles birth place located in London.

Next time, the Rock And Roll Detective heads out in search of the 2 I's Coffee Club, where Nicol got his start along with Britain's first generation of rock and rollers in the 1950s. Also, we visit the Flamingo club where Jimmie briefly became the drummer of Georgie Fame & the Blues Flames, before being snapped up by the Fab Four!

On The Trail of "The Beatle Who Vanished" - in London

This is one of the last know public photographs taken of Jimmie Nicol, a drummer who started his career in London 1957. He is barely known except as a the guy who sat in for Ringo Starr in June 1964, as The Beatles were forced to start their first World Tour without their regular drummer.

How did Nicol get this gig? Why was he the only drummer that could have saved The Beatles from embarrassment or worse breach of contract actions, as they traveled to Holland, Denmark, Hong Kong and Australia without Ringo Starr? And what happened to Jimmie Nicol after The Beatles, when he left The Spotnicks in February of 1967 and vanished into Mexico without a trace?

Stay tuned for further developments...
Posted by Rock And Roll Detective® at 1:59 PM No comments: