Occupy Grammys - Who The F%*K is Linda Chorney?


I have been a voting member of NARAS since 1994. As a music historian I have studied the sometimes strange Grammy victories of the past. Equally strange are the silent, hidden voting blocks of music industry corporations. For example, could the Anita Kerr Quartet have really beaten out The Beatles in 1965 for a Grammy without the Nashville voting block quietly getting together for a few beers? I think not. By the way, we haven’t heard much from the Anita Kerr group lately have we? Well at least we all recall that her “hit” We Dig Mancini was far better than The Beatles’ Help!

Lately, the powers that be in the Americana Association are up in arms because Linda Chorney has been nominated for a wonderful new album Emotional Jukebox in the BEST AMERICANA ALBUM category of the Grammys.

﻿ ﻿
So, why is the “Southern Man” so upset about Linda? One claim is that she doesn’t fit in the Americana category. Oh so Jethro Tull got a Grammy for Best Heavy Metal artist. No one seemed to have a problem with that, did they? Perhaps if they listened to the album first, they would see that Linda’s music is pure Americana! FYI Americana is not defined by Southern Corporate music alone. Or by some Association!

Another claim is “Who the F@#k is Linda?” Never heard of her. Oh I see, Grammy voters can only vote for Corporate Machine candidates that the Americana Association has “created” with questionable radio record spin reporting and ginned up articles with their favorite newspaper hacks?

The machine is telling Grammy voters they made a mistake nominating Linda Chorney for Best Americana album. Well, I listened to Linda’s entire album when she connected with me out of the blue. And it was, in my opinion, Fantastic. So I voted for her nomination.

Now I am voting to give her a well-deserved Grammy. I have worked for artists such as The Beatles, George Harrison, The Traveling Wilburys, Butch Vig and Garbage. So I think I know enough about good music when I hear it. I don’t need to be told who to vote for by Nashville or the Texas Americana mafia.

So, please consider listening to Linda Chorney’s new album and consider voting for her for Best Americana Album. Let your ears decide for themselves. Be independent, like Linda, not a corporate sheep.

Grammy Voters can hear most of the album here: http://www.lindachorney.com/FinalHTMLS/press.html

Check out her website and listen to some tunes at: http://www.lindachorney.com/

Posted by Rock And Roll Detective® at 10:19 AM No comments:

Guitar Strings Used By Clapton, Santana and many more...

There is a cool web site out there that you collectors should check out called Wear Your Music (https://www.wearyourmusic.org/).

It features guitar strings used on the guitars of your favorite Rock And Roll heroes. The strings are donated to this organization and the proceeds from sales goes to benefit charities of the artists and to environmental causes. And of course the steel strings don't end up in the landfills. It is a win-win for charitable causes, collectors of rock memorabilia and the enviroment. 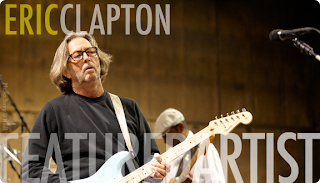 The site also features other recycled products like bowls made out of vinyl LPs. There are over 150 artists who are participating at the site with their Ax strings.
You can even add jewels and clasps to the bracelets. And they make great Christmas gifts. Check it out.
Rock and Roll Detective (r) is a registered trademark of Rock And Roll Detective, LLC. (c) 2011.﻿
Posted by Rock And Roll Detective® at 9:56 AM No comments: