The new Beatles book, The Beatle Who Vanished, reveals that drummer Jimmie Nicol led a very secretive life. One that took him to Mexico City in 1965, where he settled, married, divorced, and carried on a diverse professional career.  The Amazon Best Seller, is now the subject of an indepth radio documentary on Nicol's career at El Circulo Beatle.

While living in Mexico, from 1965 to 1975, Nicol served as A & R man for RCA Victor Mexico, recorded as Los Nicolquinn, composed film sountracks, created a button factory, taught at the technical college, appeared on the radio and built his own studio. He toured and sat in with several bands including: Abraxas, with wife Julia, Los Checkmates, Blue Rain and Los Nicolquinn among others. 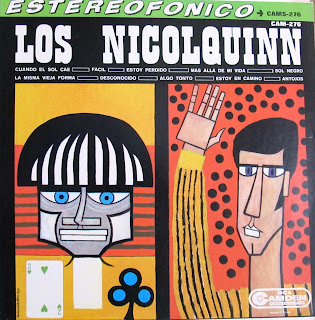 A new in depth radio program, El Circulo Beatle, will delve further into Jimmie Nicol's secret life in Mexico on Wednesday, April 17, 2013, at 8:00 pm Central time. It will be broadcast across Mexico and Latin America and can be heard live online at: http://www.impulsarte.com.mx/ .  The show will be archived for downloading at: http://archive.org/search.php?query=circulo%20con%20tere%20chacon
﻿
﻿ 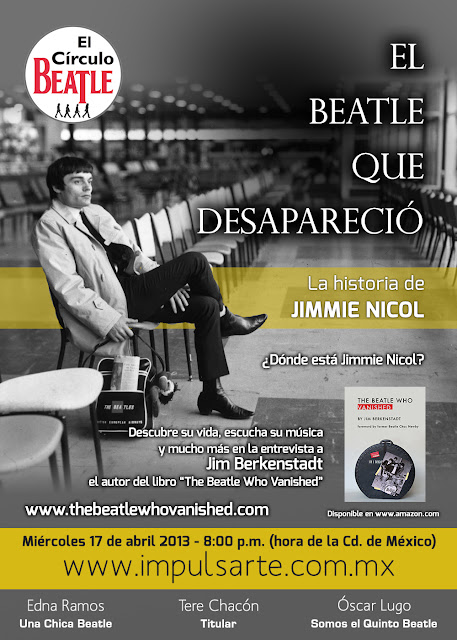